Thomas is an avid cyclist, bike-collector and gearhead. On big tours since young age, today he’s still interested in rare or special bicycles and their history. Head of the bicycle repair shop in the Heinrich Metzendorf school in Bensheim.

T.I.C.S. was a city (ladies’) bike by Staiger®, which went on sale in 1992.  The name stood for „Total Integrated System City“; This was registered until 2002 as a brandname for the company Staiger Zweirad GmbH, 70839 Gerlingen, Germany (German Patent and Trademark Office in 2015).

The ladies‘ bicycle (there was no men’s model) was strikingly painted in two colors: Blue frames were fitted with red attachments (handlebars, fenders, racks, coat protection). Red frames were fitted with blue parts, so two different basic models appeared. They could be delivered with Fichtel & Sachs® 3-speed or 5-speed hub, among others. There was also a version with a 7-speed hub by Shimano® easily identified by the blue coat protection. The frame height was 50 cm. It had 26-inch wheels with black painted hollow aluminum rims „Competition“ of Zigurat ® brand (ETRTO 34C-559). Tires dimension 44-559 (26X1.6) Type: Continental® Goliath Semislick. were mounted.

In the development of the bicycle, the technicians of Staiger GmbH placed great emphasis on compatibility with other means of transportation, particularly the usability in public transport. To carry the bike on a bus or train, the pedals could be folded easily, the handlebar could be turned without a tool, the seatpost was quickly adjusted with a quick release. Problematic however was the weight of the bike. In a bike-forum it was commented as follows: „This is not a bike – this is a two-wheeled hardware store.“ (Martin Emmerich 1993).

In addition, the developers have placed the focus on safety. One of the co-developer was the bike expert Ernst Brust from Schweinfurt (Zweiradmagazin 11/1992). The Fathers of the T.I.C.S. even consulted police for assistance. The aim was a particularly eye-catching appearance of the bike. It should prevent cyclists being overlooked in traffic (Peter Rohleder 1993). This explains the hitherto unique style.

Sophisticated technology provided security, eg. the first steady (rear)light on a bicycle (?): During a traffic stop in the dark, the steady rear light provided extra security. A small lead battery (6V – 1,1Ah) provided up to four minutes of light; It was charged (while driving) by a roller dynamo (Union®) at the rear wheel.

A solid Hebie® bipod stand, mounted on a steel plate, provided a secure stand when the bike was parked.

The wheel was designed as a „workhorse“ and offered in addition to a front rack also the possibility to mount a handlebar basket through two special holes on the handlebar.

At the rear rack two transport bags could be mounted (with Velcro) in metal protection cages.   The volume of these bags could be adjusted by opening / closing of circumferential zippers. A light yellow fabric surface unfolded very noticeable on the back of the bags. Also on the sides light yellow areas were integrated into the bags.

On the rear rack (Atran® 25 kg) an additional carrier could be mounted, secured with a key lock. Instead of this extra, a guarding plated for the battery box of the parking light could be placed. Without a device mounted, the key had to remain in the lock (Basta®).

In order to increase the conspicuity, the handle grips were signal yellow (with gel insert).

But the T.I.C.S. should not only be noticeable / safe but low-maintenance and durable. This was achieved by the materials used, colors and features. The frames were blue-red with yellow spiral lock of lugged steel. The light cables were lead through the frame and inside the mudguards in cable ducts.

The price of the bike should have been under 1000 DM (Peter Rohleder 1993), but depending on model / bike-shop was probably significantly higher; according to statements by first owners ranged between 1400-1600 DM.

The problems at that time were the ongoing changes in the brand Staiger. „In 1988 it was taken over by the E. Wiener GmbH & Co. KG in Schweinfurt. Production in Gerlingen near Stuttgart was stopped and continued in Schweinfurt. 1994, the sales office in Stuttgart was closed. In 1997, the two brands Winora and Staiger were transferred to Winora-Staiger GmbH, which since 2002 belongs to the Dutch Accell Group…. (Source: Wikipedia 2011-02-24) „(Frank Lompscher).

Even 26 years after launch a T.I.C.S. still strikes attention (most heavily loaded)!

The nylon bags usually have not survived the long time. Missing keys are a big problem, since no duplicate key can be made without a key number. The lead batteries have long given up, so that the steady light function does not work anymore. Although new accumulators of type A206 are still available, but the board in the battery box is often corroded or has a faulty microswitch on the bottom. New capacitor steady light rear lights can be assembled easily. A ground connection must be supplied (depending on the version of the lamp).

Was the bike violently used and heavily exposed to the weather, the thin metal braces are mostly rusted off the rear rack, also the front rack is an early corrosion victim. In such cases, the installation of a basket on the steering tube is recommended because the special shape of the handlebar doesn’t allow quick release basket holders (Klickfix or similar) to be mounted.  If the roller dynamo has disappeared, battery-powered plug lights can offer remedy, because the bike lacks a holder for a side runner dynamo. If the front wheel is damaged, a hub dynamo wheel is recommended in exchange.

Maintenance of a T.I.C.S.-bike is (almost) always worthwhile. The frames are very durable, finish (powder coating) is durable, the design stills strikes attention, even after 26 years and bikes in public transport have arrived in everyday life. Due to the frame geometry, a T.I.C.S. rides very comfortable, safe and smooth – even heavily loaded. It surely is not a modern cargo bike but a colorful „workhorse“ classic.

T.I.C.S. is a bicycle by Staiger® , which was sold from 1992. It is characterized by high conspicuity, technical innovations, special design and durability. The particular suitability as a transportable cargo bike makes it still a classic bike with enormous practical value. 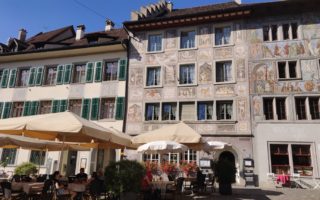 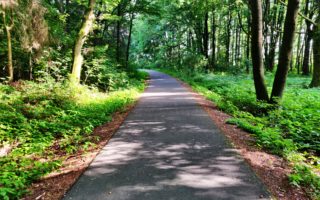 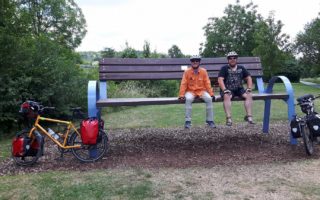 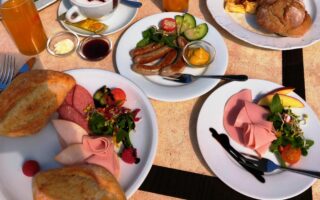 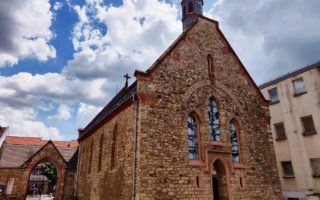 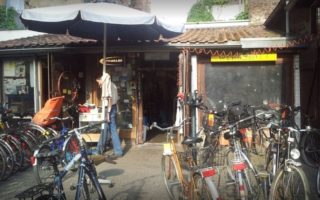 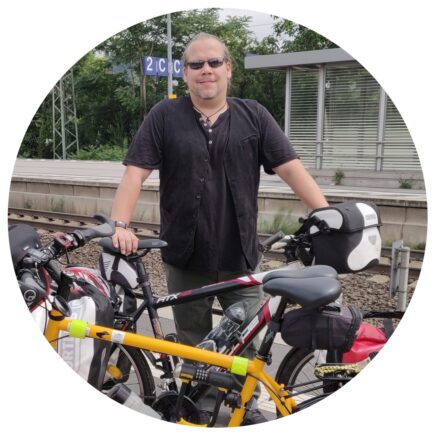 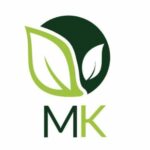